On June 8, 2021, Mr. Clarence Rudolph left the area of Laboon Circle, College Park, GA in a 2007 black Chevrolet Tahoe Georgia tag # DGF995 and said he was moving. Mr. Rudolph has not been seen or made contact with his family since that date.

Mr. Clarence Rudolph is described as a seventy-three-year-old black male with gray hair, brown eyes, 5’10” in height, and weighs 220lbs. Mr. Rudolph has not been diagnosed with any mental illnesses; however, his family believes he is going through the early stages of dementia due to his behavior of wanting to move abruptly.
If you make contact or have any information on the whereabouts of Mr. Clarence Rudolph please contact the Clayton County Police Department. Capt. W. Stubbs 770-472-8289. 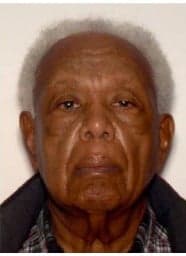